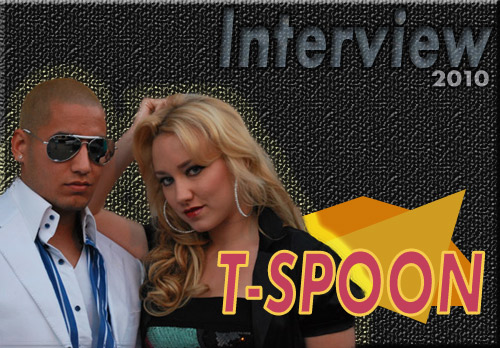 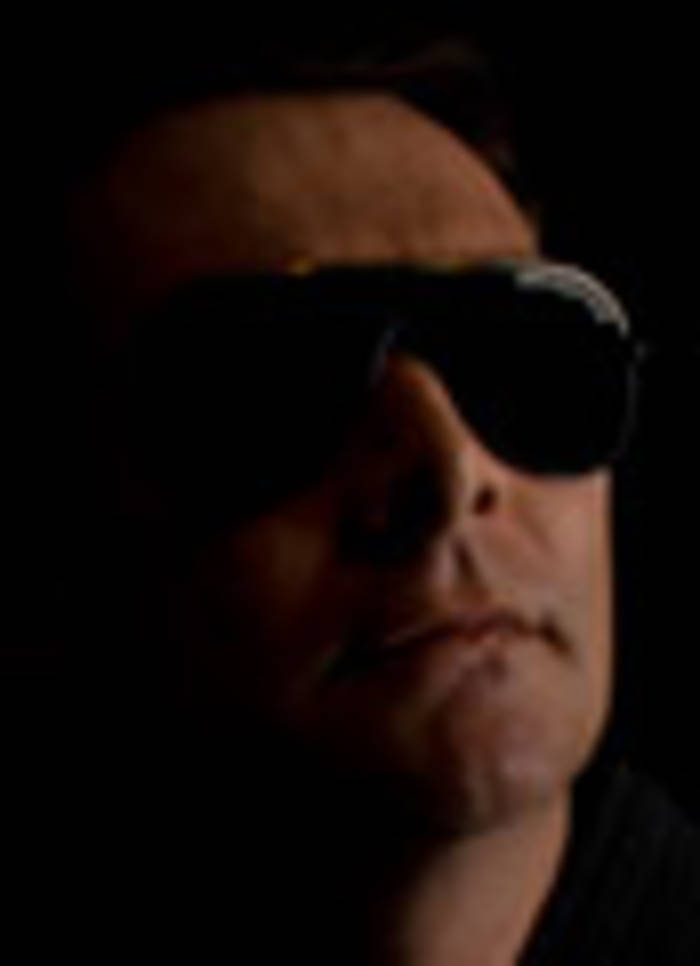 Interview de Remy de Groot
You travelled around the world with T-Spoon. What are your best memories of this period ?
Remy de Groot - « Our performance at Top Of The Pops in The United Kindom was an highlight, but also Japan was great when we were on tour there. I founded the act 20 years ago, so I have more then just 1 or 2 good memories about T-Spoon, when we received the TMF award was also another highlight, I could write a book about it. »

Did T-Spoon ever come in France for promotion ? When ?
Remy de Groot - « No, unfortunately we did not, but we were on one of the biggest compilation "La plus grande discothèque du monde" with "No time 2 waste". »

In which foreign country was (and still is) T Spoon most famous ? Where will you go in the next months ?
Remy de Groot - « We had hits worldwide, Austalia, Japan, Ireland, England, Asia but also the United States and a small island like Fuji, most of our gigs are currently in the Benelux. » 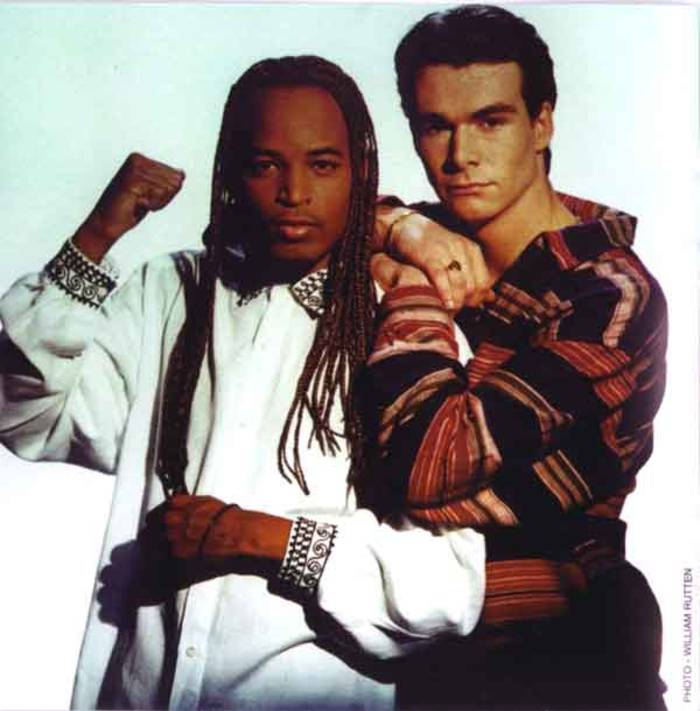 Why did you choose the scene name T-Spoon ?
Remy de Groot - « I once saw a western tv show in which the sheriff was called Teaspoon, when I saw it I immediately liked it as a groupsname for my band. »

Can you tell our readers why there is 3 T Spoon : Blondi & Raw Jawz, Linda & Shamrock and T Spoon Dj Squad ?
Remy de Groot - « Of course, we have the past, present & future, the past is T-spoon Reloaded with Shamrock & Linda, the present is the fresh young talented T-Spoon with Raw Jawz & Blondi, and The future is T-Spoon Dj Squad, for every generation there is something to enjoy about T-Spoon. » 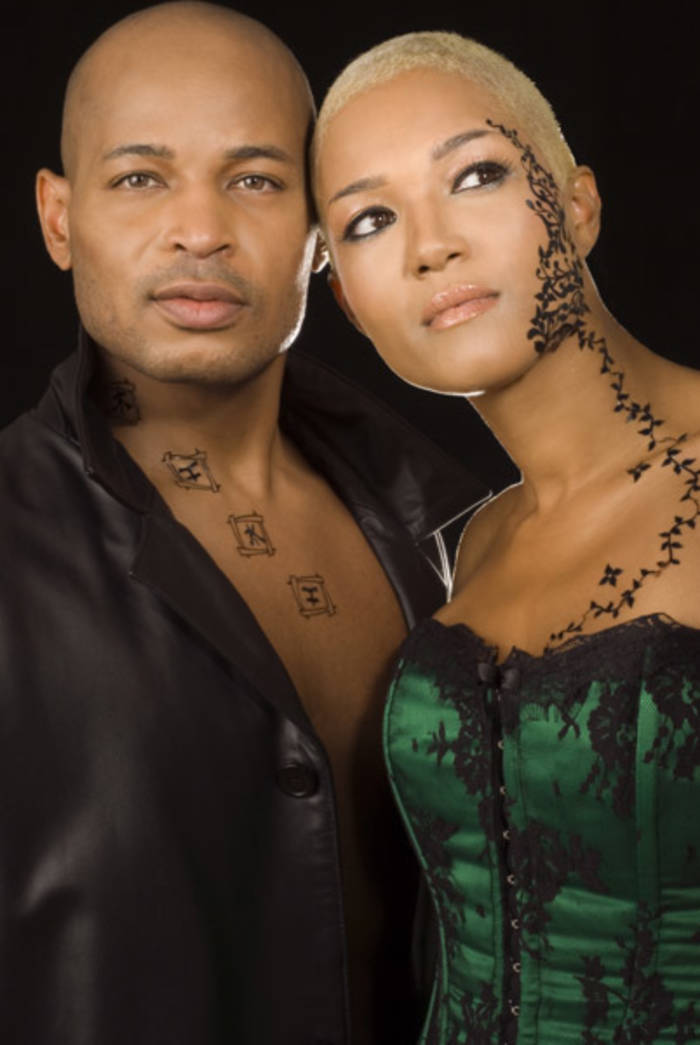 T-Spoon have just recorded some brand new tracks which will be released in 2011, for Blondi & Raw Jawz, Linda & Shamrock or T Spoon Dj Squad ?
Remy de Groot - « T-Spoon is Raw Jawz & Blondi, and for them we recorded new songs and we will also make a great videoclip for it in one of the hottest clubs of Holland. »

Can you tell us more about this new summer anthem ? Is it a new Sex on the beach ?
Remy de Groot - « It is different then "Sex On The Beach" it is also a different time, that was a great anthem which showed T-Spoon to the world. This one is more like David Guetta, Bob Sinclar, in between these styles the new song will be».

Remy you have another project Spic N Span. Can you tell more about it ?
Remy de Groot - « Well, I already produced and wrote many tracks with my brother Joery. We have our own studio so it is very easy for us to go into the studio and make music. With us, we have Joris Bakker, a long time friend and deejay/producer aswell. He is very talented and is also the designer for our website and the website for Most Wanted International which will go online very soon».

What have you produced so far ?
Remy de Groot - « We produced all of the tracks for T-Spoon Dj Squad and some for T-Spoon. We also made a track with Akon, a remix in collaboration with Dj Benny Royal for Timati ft Snoop Dogg (Groove On), and a remix of Michael Jackson's Billie Jean. We are currently working on more club and radio songs to be released in 2011. We are working on a album, doing remixes for some of Most Wanted International artists. We work on new T-Spoon material, it is very busy but we love to do it».

What do you think about music industry today and about the 90's revival ?
Remy de Groot - « It is totally different then in the past, in the 90’s illegal downloading was not a problem, nowadays it is a big issue and destroys the industry and makes it harder to get deals or budgets, which is a shame. I am very happy that there is such a big 90’s revival and Blog’s like yours, and this is just the beginning, merci! »

Why eurodance music was so huge in Europe and all over the world ?
Remy de Groot - « Probably because it was a new sound, lot’s of great vocals and a different vibe then today, now we experience a big crisis, maybe that is the reason want to go back and enjoy the feeling they had in the 90’s, 90’s Reloaded ;-) »

Thanks for taking a little of your time to answer to PArisGayZine.
Remy de Groot - « You are very welcome, and thank you for your attention for T-Spoon. » 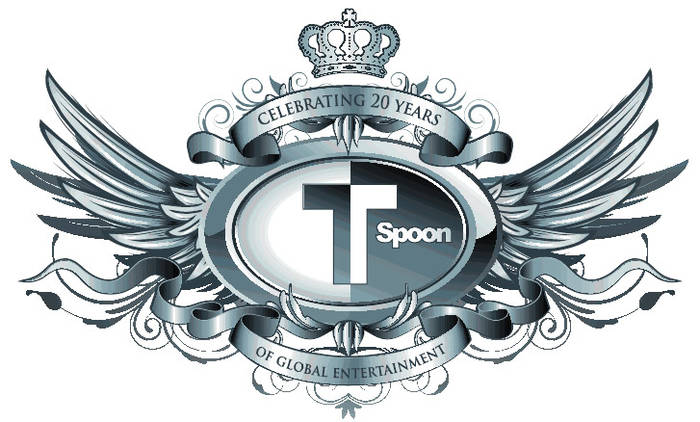 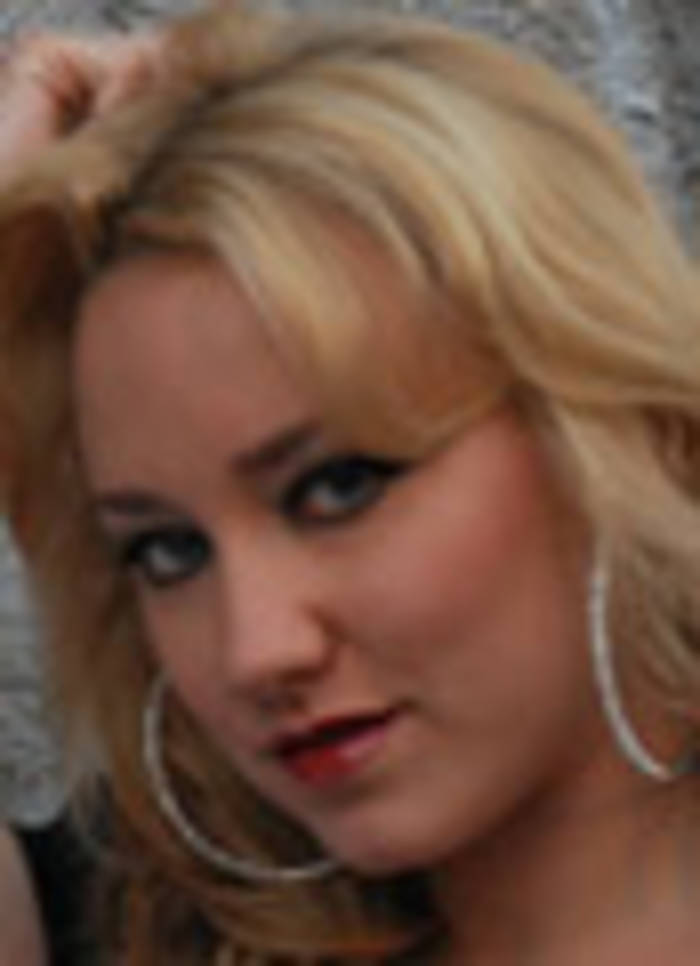 Interview de Blondi
Blondi did many auditions throughout the years. Eventually all these auditions resulted in a audition in Germany. The producers that initiated the event where so impressed with her voice and talent that they decided to start a project under the name “Butterfly”. It became recipe for instant success, with modest hits as outcome in the European charts. After this happening Blondie’s career elevated in a fast paste. The impact of the project that was initially set up woke up other producers/artists like : Jens Kindervater, Jens O, Andy J. Powell, Chris Cute, Mangoon, Savon, Solar Patrol, 2Vibez, Minage Boyz, Christophe Chantzis, Erik Van Spouwen, Ian Van Dahl, Shalamon Baskin, and many others. Eventually Shalamon Baskin from the famous group T-spoon approached her in early 2007 and proposed her to be a part of the new T-spoon formation. In 2010, RawJawz has replaced Shalamon in T-spoon, and both artists are ready to rule the world of entertainment once more. 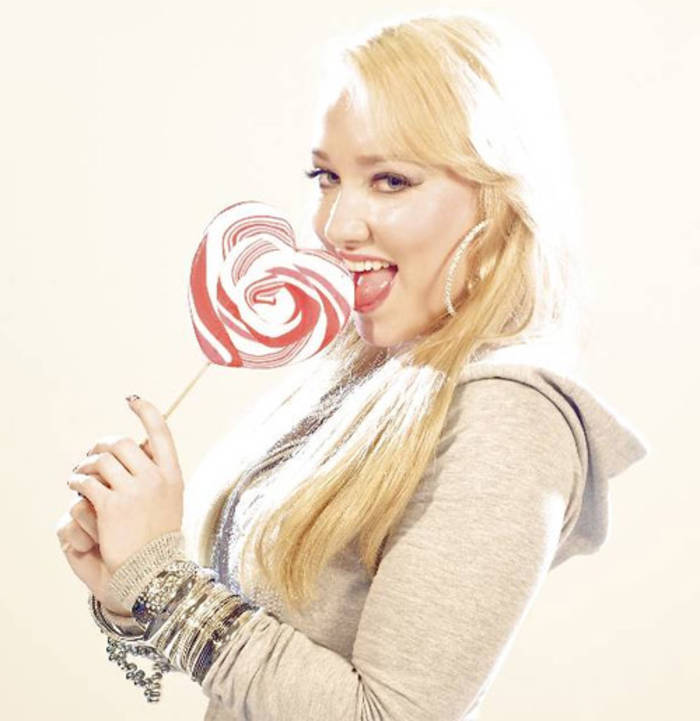 Please, could you introduce yourself ?
Blondi - « Hi my name is Blondi and I am the new singer of T-Spoon »

How did you start to work in music business ?
Blondi - « I did several auditions through out the years and worked on several projects before I started with T-Spoon. I worked with producers/artists als Jens Kindervater, Jens Ö., Andy J. Powell, 2Vibez... »

How and when did you meet T-Spoon production team ?
Blondi - « Via Shamrock I got to know Remy (the owner and manager) and he asked me to become a full member of T-Spoon. »

T-Spoon was very popular before you joined the band. Did you know this
project before ?
Blondi - « Yes, I was even a big fan, I have all the singles T-Spoon ever released in my collection. »

Have you recorded new songs with T-Spoon ? With other producers ?
Blondi - « Yes, we already recorded some new dance songs, we hope you like them. »

Thank you Blondi for your answer to PArisGayZine. 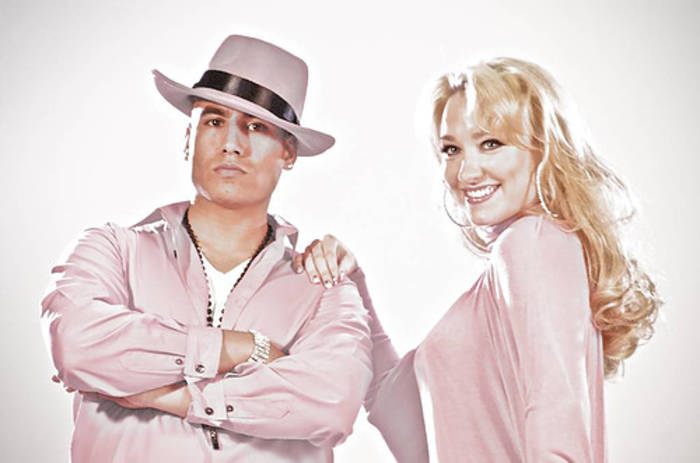 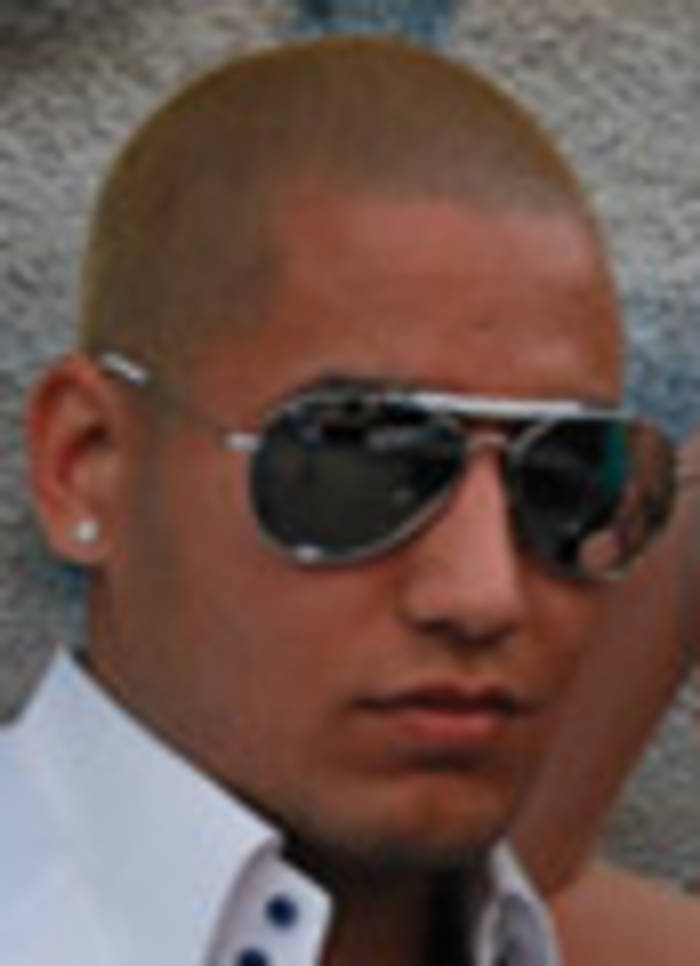 Interview de Raw Jawz
How did you start to work in music business ?
Raw Jawz - « It all happened when I was a little kid, music was my lust and my life, at the age of 10 I decided to give my best effort in order to make it as a professional musician. Of course, I was also lucky to meet the right people, and so it began. From one thing comes another and here I am. » 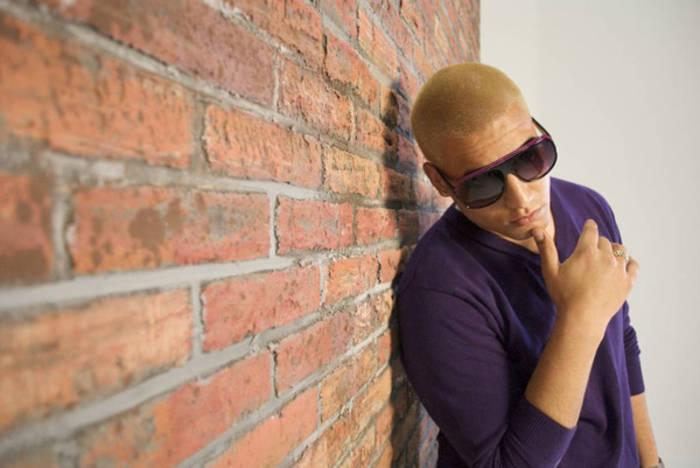 How and when did you meet T-Spoon production team ?
Raw Jawz - « This was about 7 years ago I believe. »

T-Spoon was very popular before you joined the band. Did you know this project before ?
Raw Jawz - « Off course I knew who they are. A funny quote : they are the very reason why I am doing what I do today. One day I was watching them on a video, and said to myself, what that guy does is what I am going to do when I get older. So they inspired me as a matter of fact, not knowing I was going to BE T-spoon. »

Have you recorded new songs with T-Spoon ? With other producers ?
Raw Jawz - « We did a large number of tracks with some of the greatest producers in today’s music industry, so yes. » 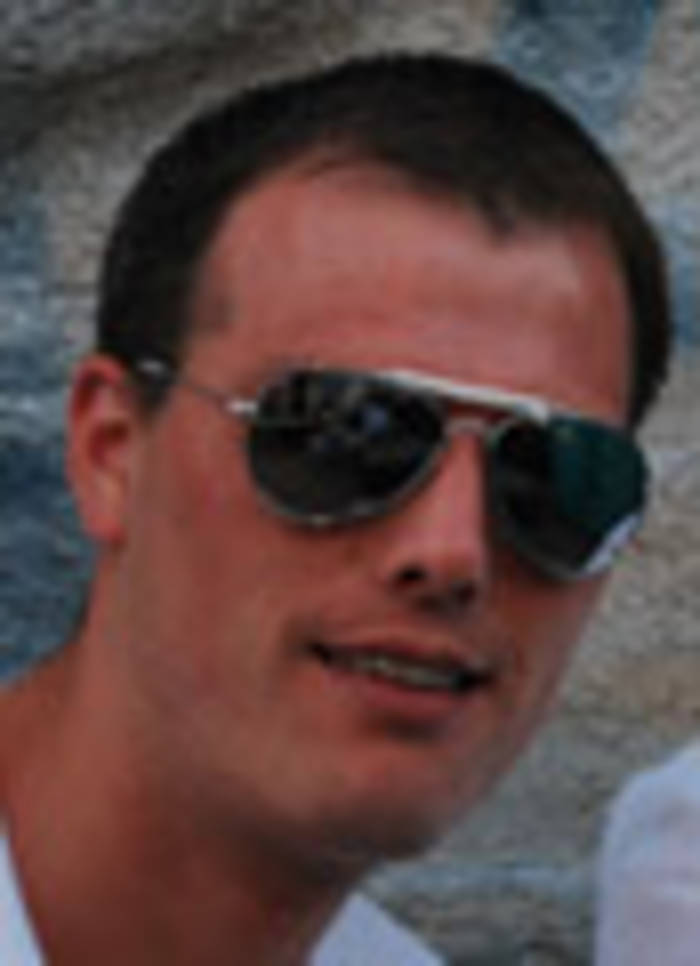 Interview de T Spoon DJ SQUAD
Please, could you introduce yourself ?
Dj Squad - « My name is Arnoud and I'm the resident dj of the dj squad. »

How did you start to work in music business ?
Dj Squad - « During my study music was always a big hobby of mine and i starded to play in several big clubs in the netherlands. »

You worked with Akon. How did you meet him ?
Dj Squad - « I have never met him. My management (Remy de Groot of Most Wanted International) contacted him and he send us a acapella for a remix. »

What is your next remix ? A T-Spoon hit ?
Dj Squad - « I'm currently working on some new projects and bootlegs for T-Spoon Dj Squad. »

Are you involved in Spic 'N Span ?
Dj Squad - « No I work close together with them. »

Dj Squad, we thank you for your answer to PArisGayZine. 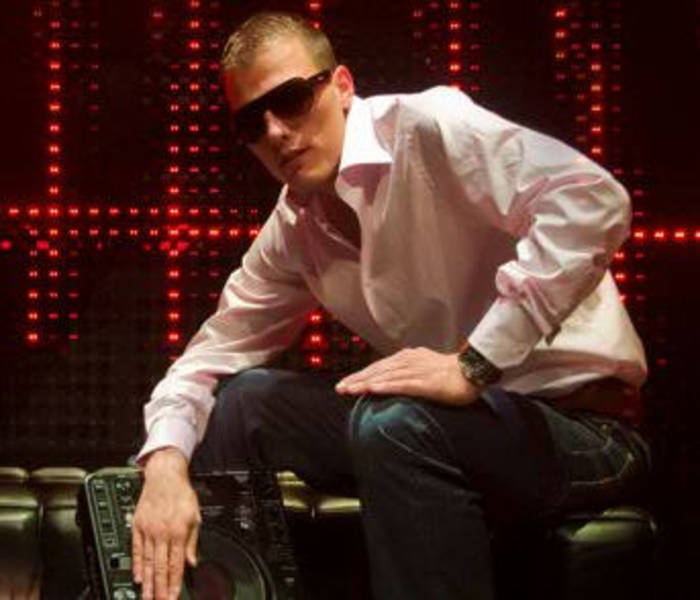 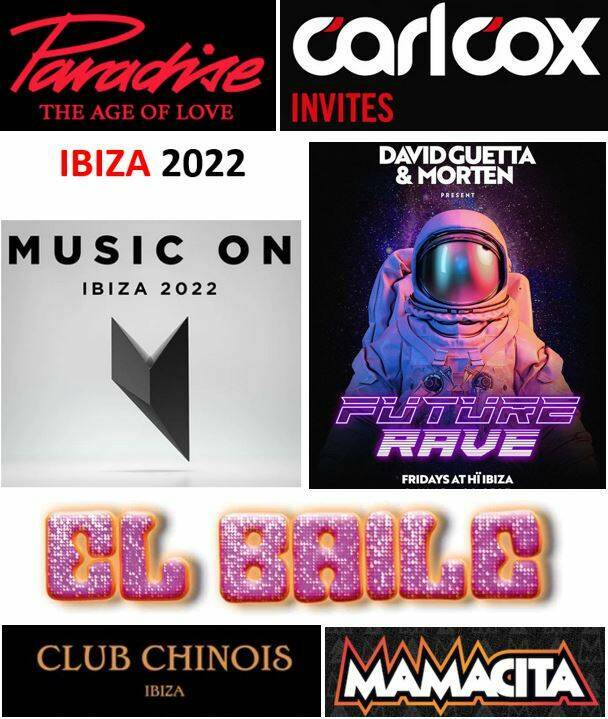 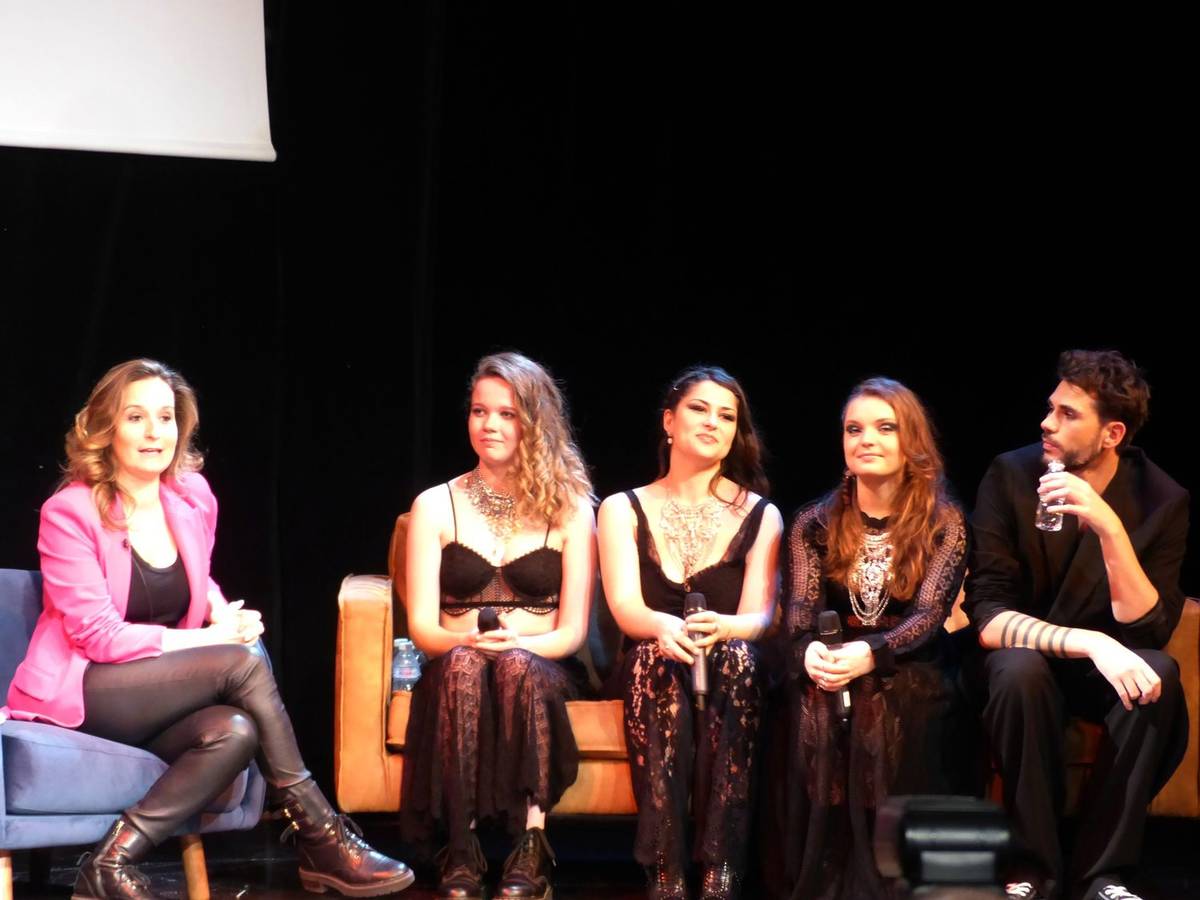 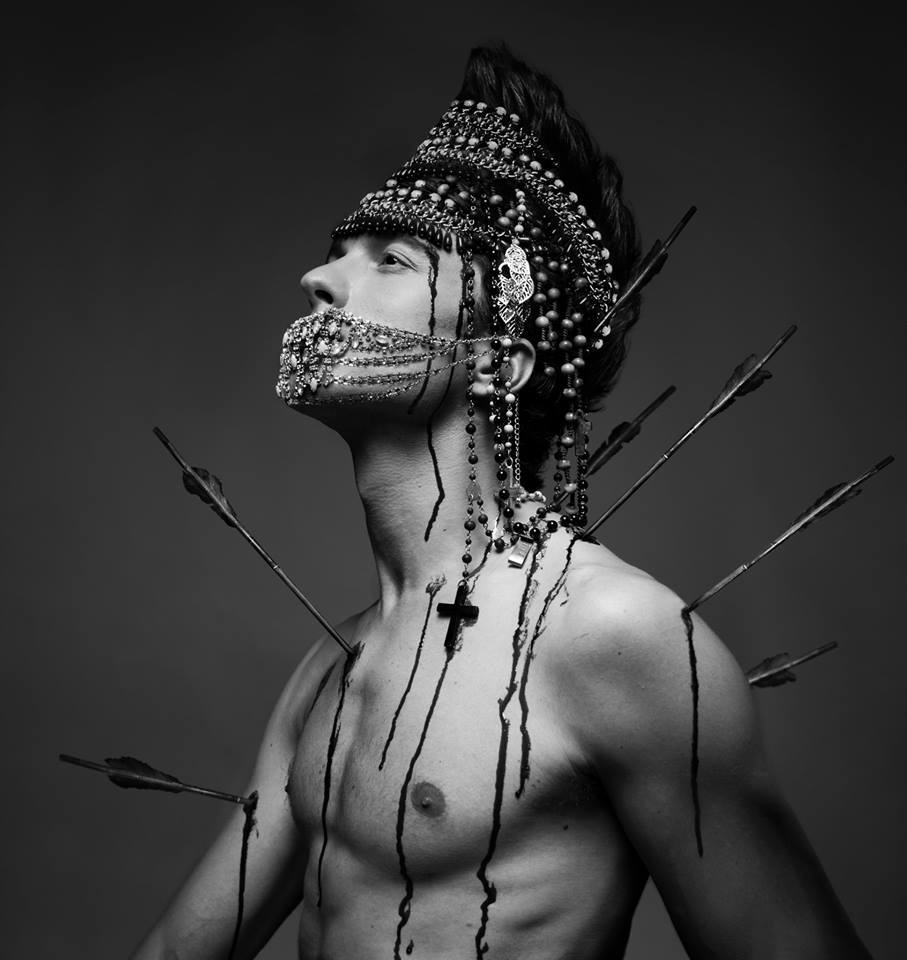 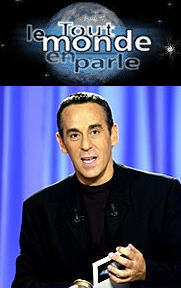 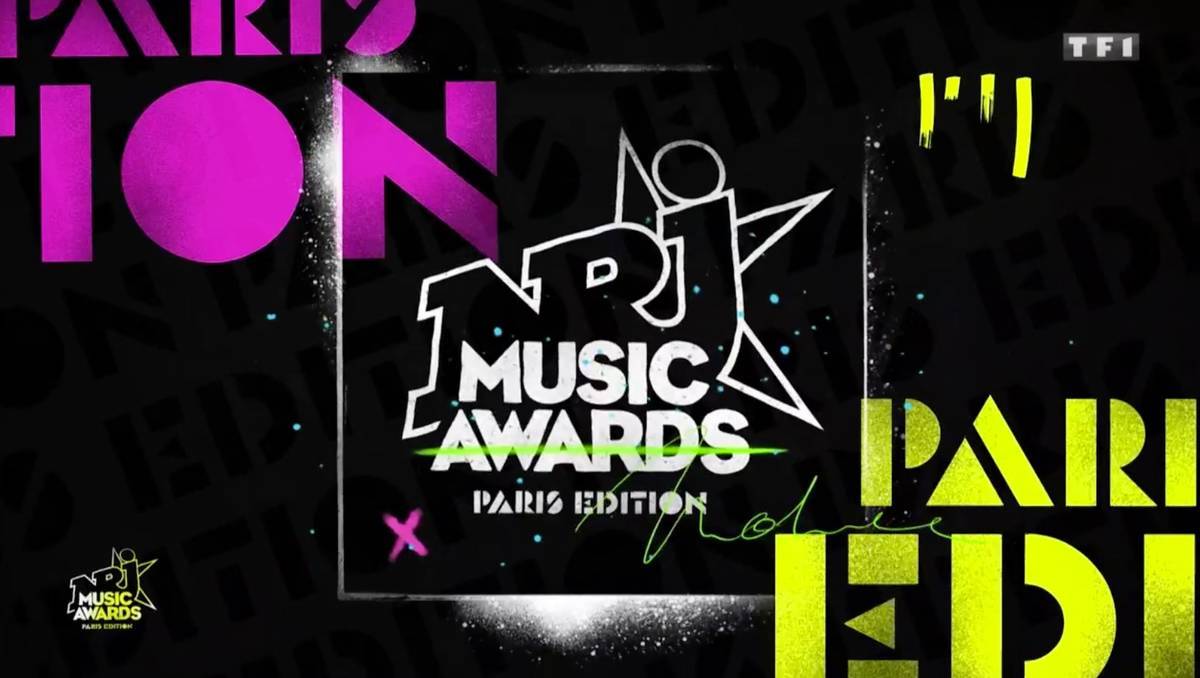 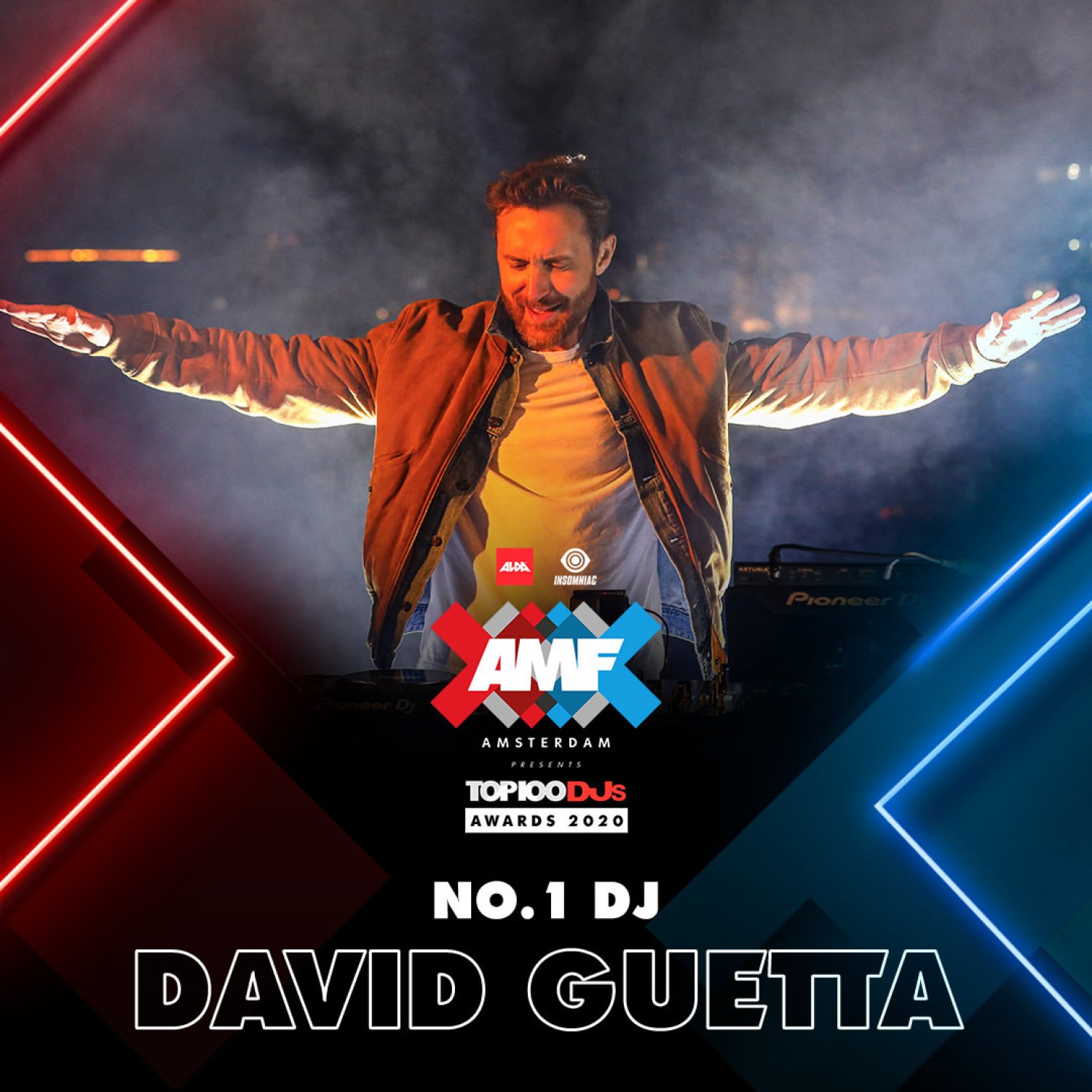 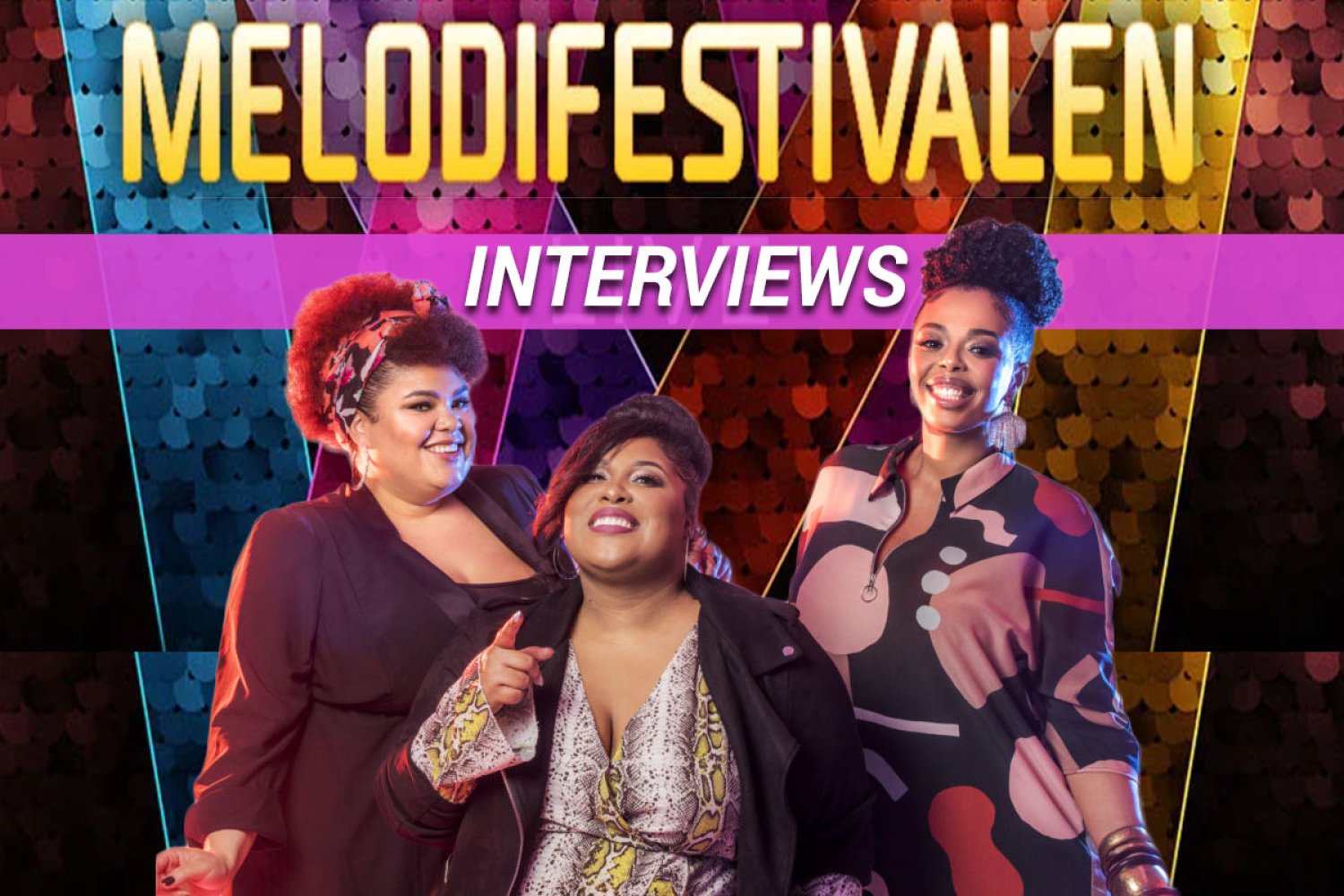 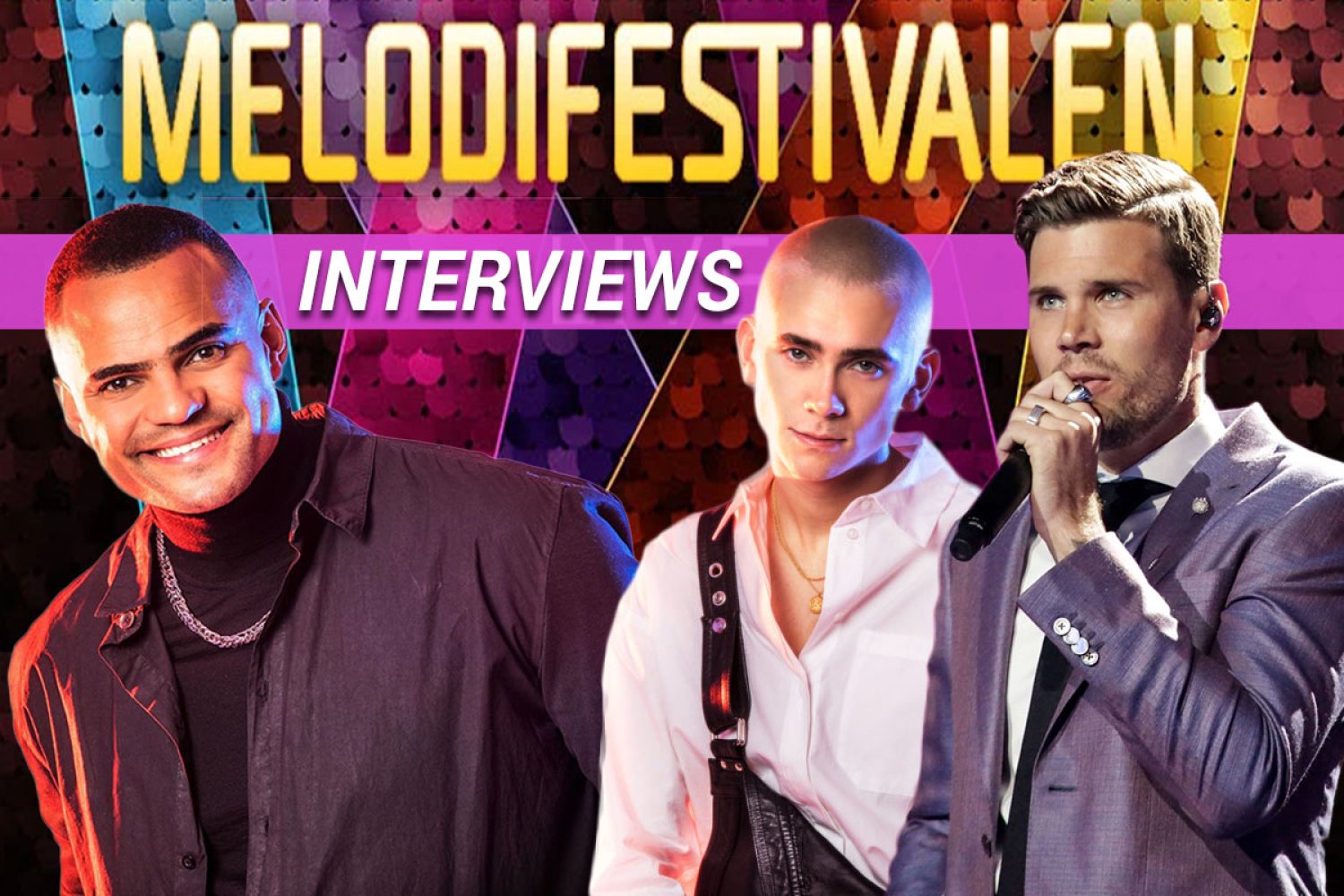 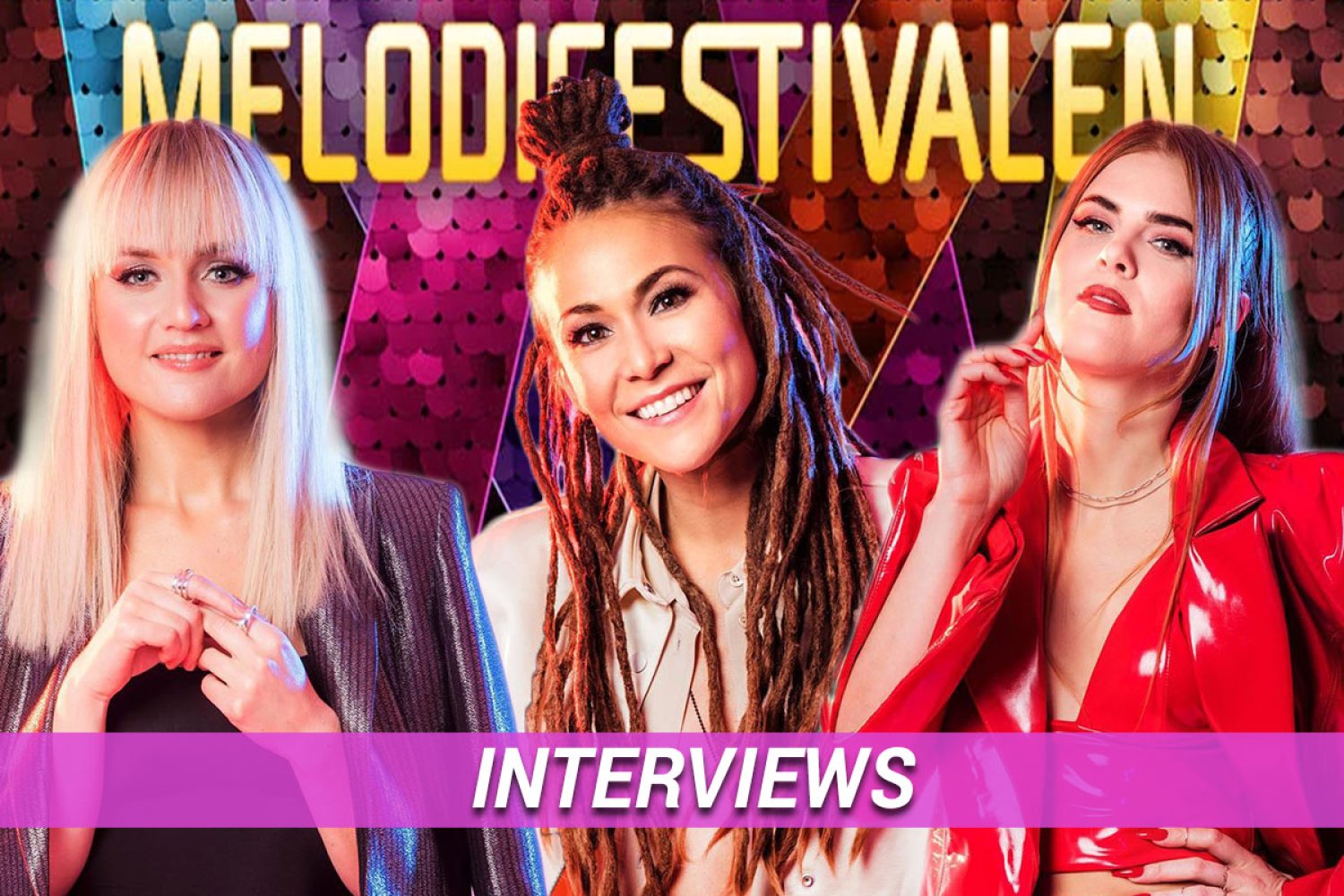 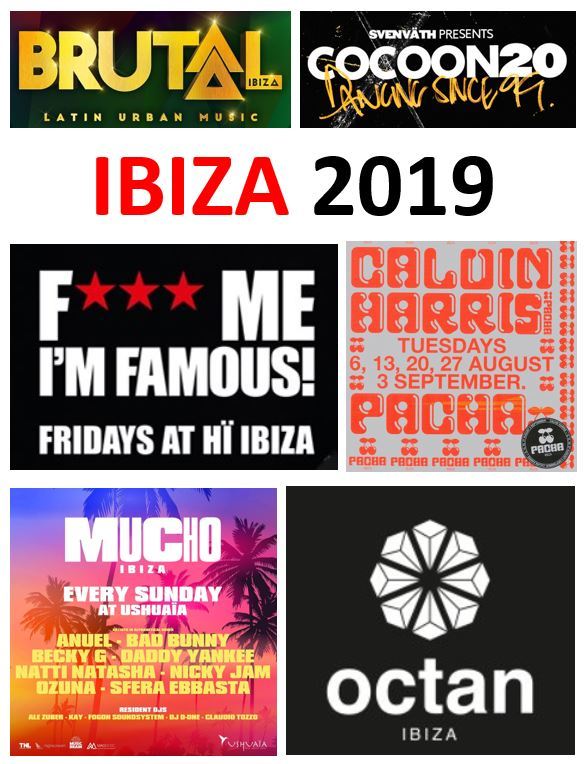 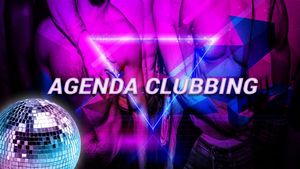 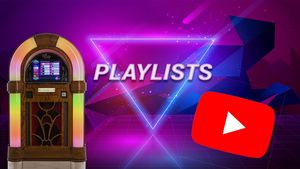 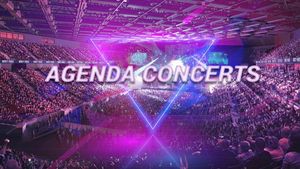 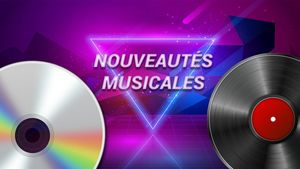 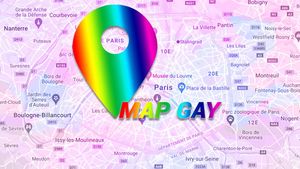 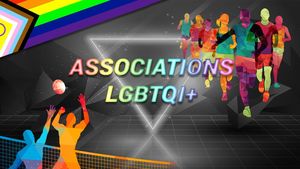